Despite being released quite long ago, Undertale Sans still keeps amazing players from all over the world. You are a boy named Frisk who falls into the dungeons and discovers that the underworld is populated with monsters he thought were only real in tales. It turns out that humans and monsters used to live peacefully until there was a war and the monsters ended up hiding underground. As Frisk makes his way through this mysterious supernatural realm, he meets various representatives of the monster world and makes choices that determine the continuation of the story.

Some might say the graphics are a bit outdated, but if you like retro titles with classic game mechanics, it’s just what you need. The interface is rather simple, but clear and enjoyable. Your main task is to explore the underworld, so there are no repetitive quests or anything else to distract you from finding your way around. Frisk will constantly encounter monsters living in the area and interact with them either aggressively or peacefully.

Each and every monster has their own personality. They talk in different voices, produce unique sounds and even fonts in their text boxes differ. The vivid, emotional manner of talking creates an effect of real-life communication. There is a lot of humor as well. As for the battle scenes, they vary from monster to monster, too. They all use different kinds of attacks and you also have to navigate through each combat differently bringing us to the key part of Undertale’s concept: choice. You don’t actually have to enter into a fight with every monster you meet. Instead, you can choose to show mercy and communicate with your opponent rather than try to kill them.

All choices made in previous playthroughs will be remembered. If you chose the way of Genocide (killing all monsters) and then decided to play Pacifist (sparing everyone), the dialogues with other characters and the ending of the story will change. Finally, the game will conquer you with an amazing soundtrack that consists of over 100 songs recorded in a distinctive retro style, in line with the general gameplay. Availability of various play styles, character diversity and charming story make Undertale one of the most notable and thrilling RPG titles existing. You can play it over and over again and each time discover new sides of this amazing game. We definitely recommend it for all categories of players! 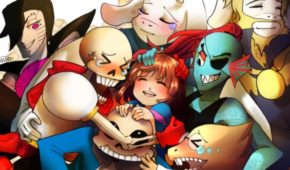 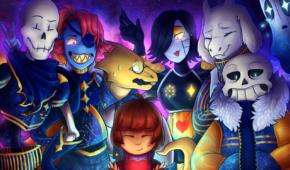 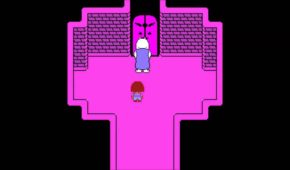 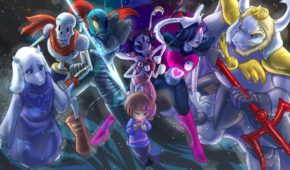